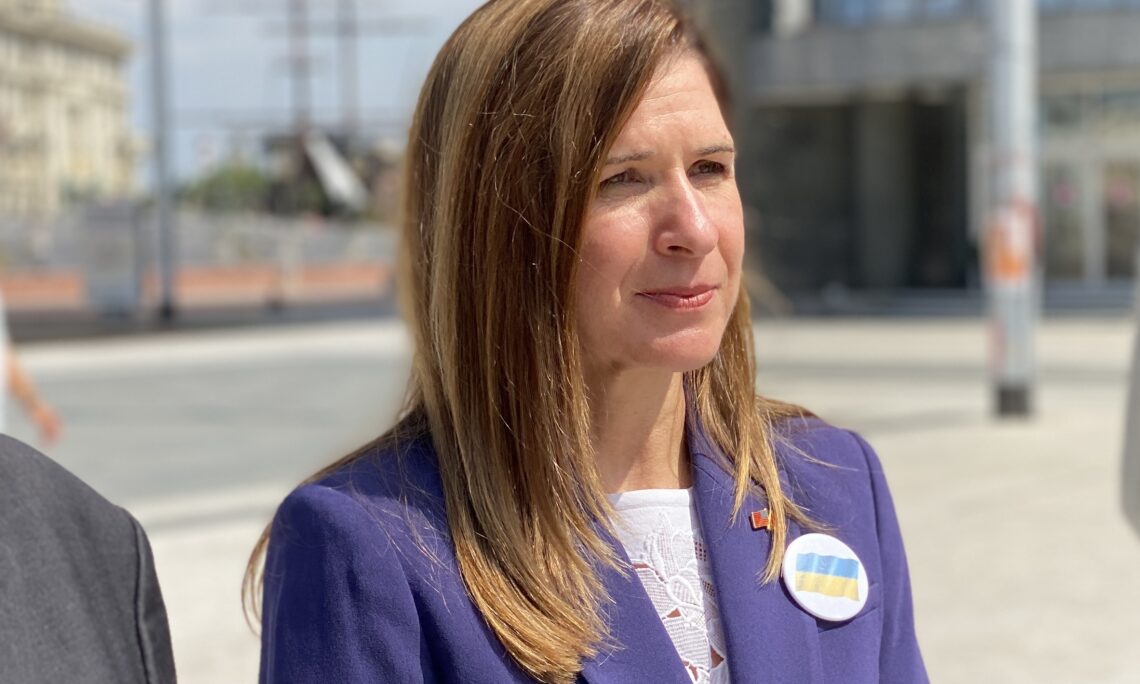 On August 24, 2022, Ambassador Byrnes joined Independence Day of Ukraine celebration event in Skopje to share a clear message: the United States will continue to support the Ukrainian people as they defend their country from Russian aggression.

Ukraine, a country under attack by Russia since 2014, has now withstood half a year of massive bombings, sieges of cities, and atrocities against its people.  Ukraine is fighting to defend not only its democracy, but its very survival as an independent country.

August 24th marks the 31st anniversary of Ukraine’s independence.  Sadly, the day also marks six months since the Russian government’s unprovoked, full-scale invasion of Ukraine, an attack so shocking to the international community that it was thoroughly condemned by the UN General Assembly, and spurred two new countries to seek membership in the NATO Alliance.

We must remain united in our support for Ukraine’s sovereignty, democracy, and European aspirations.

We have all seen the images of the aftermath of Russian bombs hitting civilians sheltering in schools, theaters, and hospitals.  Independent media and humanitarian organizations have documented executions in cities like Bucha and Irpin, torture of uniformed and civilian personnel alike, and entire cities like Mariupol cut off from basic necessities while enduring devastation and brutal occupation

The resilience and tenacity of Ukraine’s people have inspired the world to support their fight for freedom.  Ukraine’s armed forces have fought valiantly to defend values we all hold dear.

As sanctions continue to degrade Putin’s warfighting capabilities, Ukrainian forces are successfully defending their country and the Ukrainian people are more united than ever.

The United States has committed nearly $10 billion in security assistance since Russia launched its premeditated, unprovoked, and brutal war against Ukraine on February 24.  North Macedonia has also proven a steadfast partner, fully aligning itself with the sanctions imposed by the EU and providing assistance disproportionate to its size.

Ukrainian civil society has expanded its humanitarian response efforts, shepherding aid, and rebuilding communities.  Aid workers, the majority of whom are Ukrainian, are operating across all 24 oblasts, reaching nearly 12 million people with assistance.  The United States is proud to support their efforts with over $1.2 billion in humanitarian assistance this year alone.

From Ploshtad Makedonija to the Maidan, Capitol Hill to the EU Concilium, broad support for Ukraine has demonstrated that unprovoked attacks on sovereign, independent states will not go unanswered and will come at a very high price.  The United States and its allies and partners around the world are more united than ever.

Kate M. Byrnes
Ambassador of the United States of America to the Republic of North Macedonia