Home Насловна | News & Events | Testimony by DAS Gabriel Escobar at a HFAC hearing on U.S. engagement in the Balkans 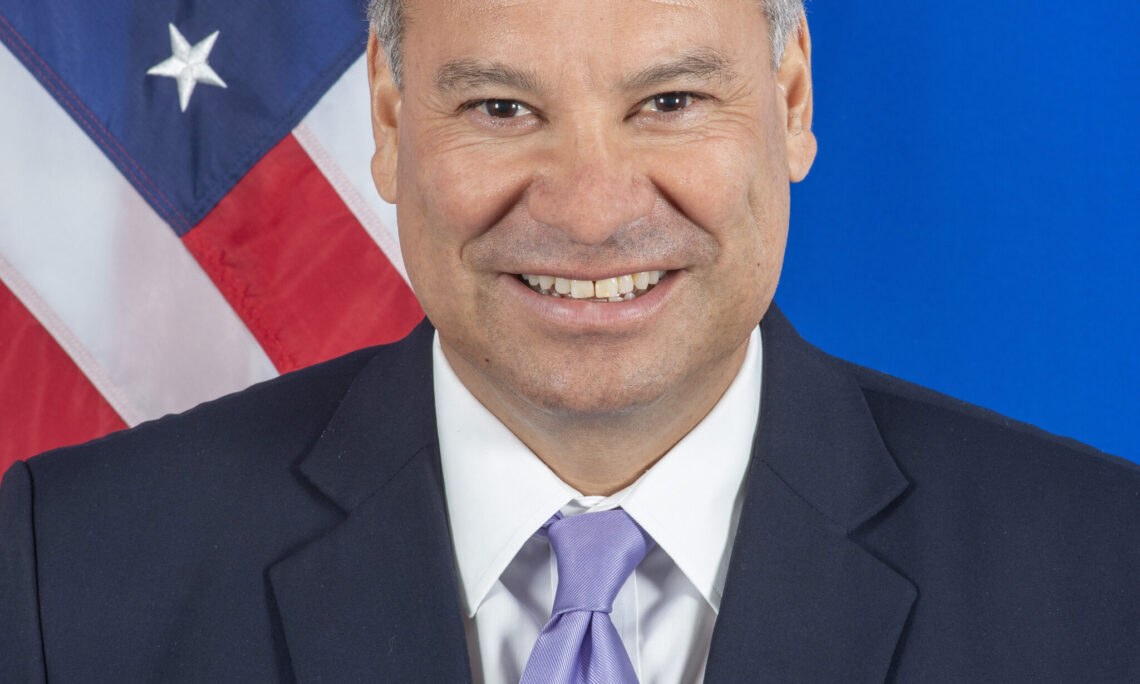 Chairman Keating, Ranking Member Fitzpatrick, distinguished Members of the Subcommittee, thank you for inviting me to discuss U.S. engagement in the Western Balkans. For over three decades, the region has been the focus of sustained U.S. attention and investment, and the Biden Administration shares this commitment to a region that is historically, politically, culturally, and geographically part of Europe. Our goal for all six countries of the region is to support their successful integration into European institutions and eventual accession to the EU. We are working with our EU partners to reinforce the message that accession remains a real possibility within a realistic timeframe, an incentive critical to the aspirants’ continued political will to implement difficult reforms and bolster resistance to harmful Russian and Chinese influence and activities on Europe’s doorstep.

The strongest message the EU could give now is to schedule the start of North Macedonia and Albania’s EU accession negotiations before the end of this calendar year. Both countries did the difficult work required; delays since the European Council’s March 2020 decision to begin that process are sowing doubt throughout the region and risk dashing the hopes of a new generation that wants a European future. That is why Secretary Blinken and EU High Representative Josep Borrell on October 14 released a public statement jointly reinforcing that EU accession is the only way forward for the region.

Peace, stability, and prosperity through EU integration is our shared goal, and we are working together toward that objective, including by supporting the EU-facilitated Dialogue as the best path to normalizing relations between Serbia and Kosovo. That is why I traveled to Brussels last month to back EU Special Representative Miroslav Lajcak in efforts to press both sides to de-escalate tensions over vehicle registration and to secure agreement on a solution that created space for them to focus on more complicated issues. Together we made clear that the Dialogue is the forum in which both sides, as equals, must work to resolve their differences and normalize relations, ideally through mutual recognition.

A vibrant political process yielded significant change in Montenegro in August 2020. We have made clear that our partnership with Montenegro is a partnership with the country, its people, and their democratic institutions, rather than any one political party. We are prepared to work with all Montenegrin partners that share the vision of a sovereign, inclusive, democratic country that is advancing necessary reforms as an EU aspirant while upholding its solemn pledges as a stalwart NATO Ally. This can be furthered through inclusive dialogue, including with civil society, focused on the goals that unite Montenegrins – peace, democratic progress, economic development – rather than on identity politics and nationalist rhetoric that divide them.

In Bosnia and Herzegovina, U.S. leadership remains critical to preserving the country’s sovereignty, territorial integrity, and the gains of the past 26 years under the Dayton Peace Agreement. We are now working with the EU and others to press for reforms to secure Bosnia’s place in the Euro-Atlantic community. Bosnia’s clear path from Dayton to Brussels leads through continued reform, including step-by-step electoral, rule of law, and economic reforms that will benefit all its citizens. We and the EU are pressing for these changes; the Office of the
High Representative and EUFOR’s Operation ALTHEA are indispensable in these efforts. Recent threats to state-level institutions by Milorad Dodik are dangerous and threaten to undermine Dayton and the European choice and perspective of all BiH citizens. We are vigorously engaging with local actors and our partners to push back on any moves that threaten a return to Bosnia’s troubled past, rather than securing its brighter future.

Thanks to generous bipartisan support from Congress, U.S. assistance reflects our standing commitment to the Western Balkans. The United States has provided over $2.4 billion in assistance to the region in the past decade. In FY 2021 alone, over $145 million is helping advance the region on its European path and building resilience to negative external influences. Moscow and Beijing actively oppose the region’s Western integration, deploying disinformation and exploiting vulnerabilities to divert the countries of the Western Balkans from their democratically chosen paths while gaining an economic and political foothold in Europe. Russia weaponizes its energy supply to coerce politicians, foster corruption, and stunt growth potential. The People’s Republic of China (PRC) is also working to expand its influence in critical infrastructure and through economic coercion. We cannot let them succeed.

The Western Balkans is economically dynamic and full of promise, with its eyes set firmly on joining Europe’s single market. Working together, these countries can resolve political challenges and accelerate changes to raise living standards, stem brain drain, and secure the foundation for long-term prosperity. We are committed to helping them secure this integration and prioritize sustainable investments in quality infrastructure and clean energy, transitioning away from coal and driving regional energy connections. Initiatives like the Common Regional Market, Open Balkan, and Green Agenda show regional economic integration and cooperation are possible, beneficial, and indispensable for sustained growth.

In closing, allow me to underscore that the Biden Administration has redoubled the U.S. commitment to work with Allies and partners to help the Western Balkans advance their respective European paths. I look forward to working with Congress and welcome your questions.