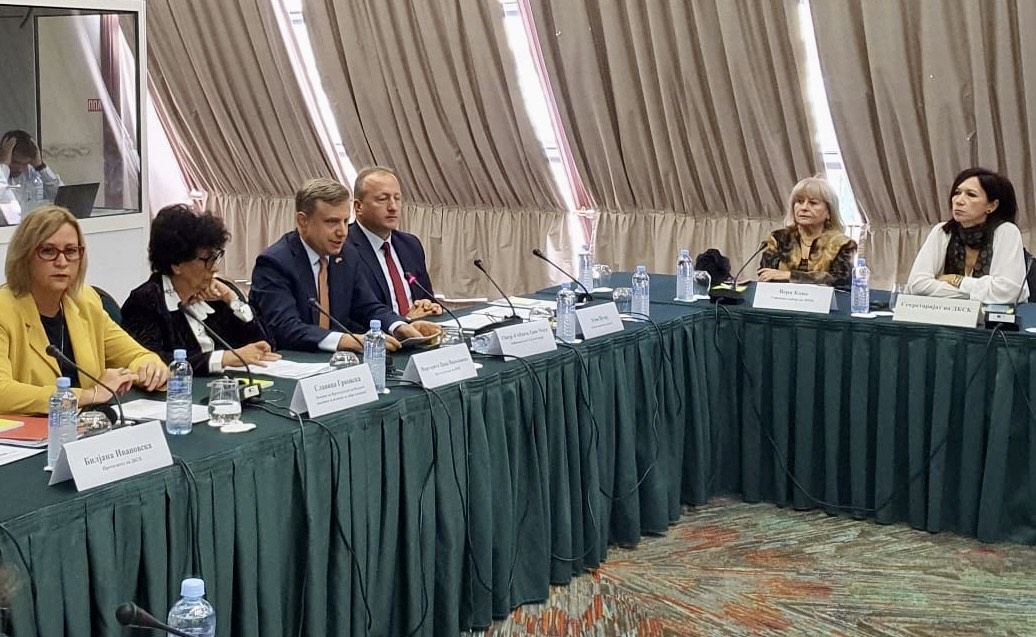 Good morning and thank you to the Institute for Human Rights for inviting me to join you today.  Deputy Prime Minister Grkovska, civil society colleagues, partners from the State Commission for the Prevention of Corruption – it’s great to see you.  Combating corruption is one of the embassy’s top priorities – and a key White House priority for the Western Balkans – so I’m always glad to participate in events with this focus.

As many of you know, the United States is heavily invested in the fight against corruption and improving rule-of-law efforts in North Macedonia.  We see the value in investing in North Macedonia’s future through pushing for improved government transparency and accountability.

From supporting law schools to investing in the Academy for Judges and Prosecutors to creating new U.S. government programming that targets the corrosive ecosystem of corruption, our focus on improving institutional independence is greater than ever.

It’s the backbone of President Biden’s Summit for Democracy, which asks governments to make meaningful, concrete commitments to fighting corruption.  It’s also key to your future EU accession and transforming North Macedonia’s institutions into structures that are ready for full Euro-Atlantic integration.

But I don’t say all of this – and we don’t make these significant investments – solely for the benefit of American interests.  Our focus and our purpose are helping create a better future for the citizens of North Macedonia.  The citizens of this country deserve institutions that work for them, and they deserve a future firmly rooted in good governance and strong rule of law.

I hear far too often in my conversations with brilliant, promising young people across North Macedonia that they’re disappointed in their country’s institutions, and they hope to take their skills abroad.  They’re disillusioned by the lack of opportunities here and what they see as an unlevel playing field that requires political connections to get ahead – or, worse, that these political connections will undermine efforts at positive change.

National strategies and policy plans like the ones you’ll be discussing today are important in that they identify gaps and weaknesses in legislation and institutional processes.

Implementing them—which is always the most difficult part—will be paramount to ensuring meaningful progress towards the country’s EU accession and anti-corruption goals.  And, of course, having oversight and monitoring via independent civil society organizations is crucial to progress, so I’m grateful to see civil society in the room today and involved in these processes from start to finish.

But there is a huge missing piece in the anti-corruption puzzle in North Macedonia.  The country must find a way to break up the backdoor political networks that allow corruption to flourish.  There must be real political will to stop these networks in their tracks.  Thus far, progress on this front has been severely lacking.

Creating action plans and monitoring those efforts are important.  But if powerful political interests are driving institutional behavior and if known corrupt actors remain influential, then we face an extreme uphill battle.

Breaking up corrupt networks is the most difficult challenge before us.  But doing so is the most important driver of real change in North Macedonia and in the Western Balkans.  It will take political bravery, but I firmly believe this country can and should be up to the task.  I trust the minds in the room today to tackle this challenge, and to build these broader efforts into the work you’re doing.

President Biden has called corruption a “cancer.”  Let’s not allow it to continue to plague North Macedonia – a country that is a friend, an Ally, and our strategic partner.
Thank you again for having me with you today, and I wish you success and courage in your efforts.