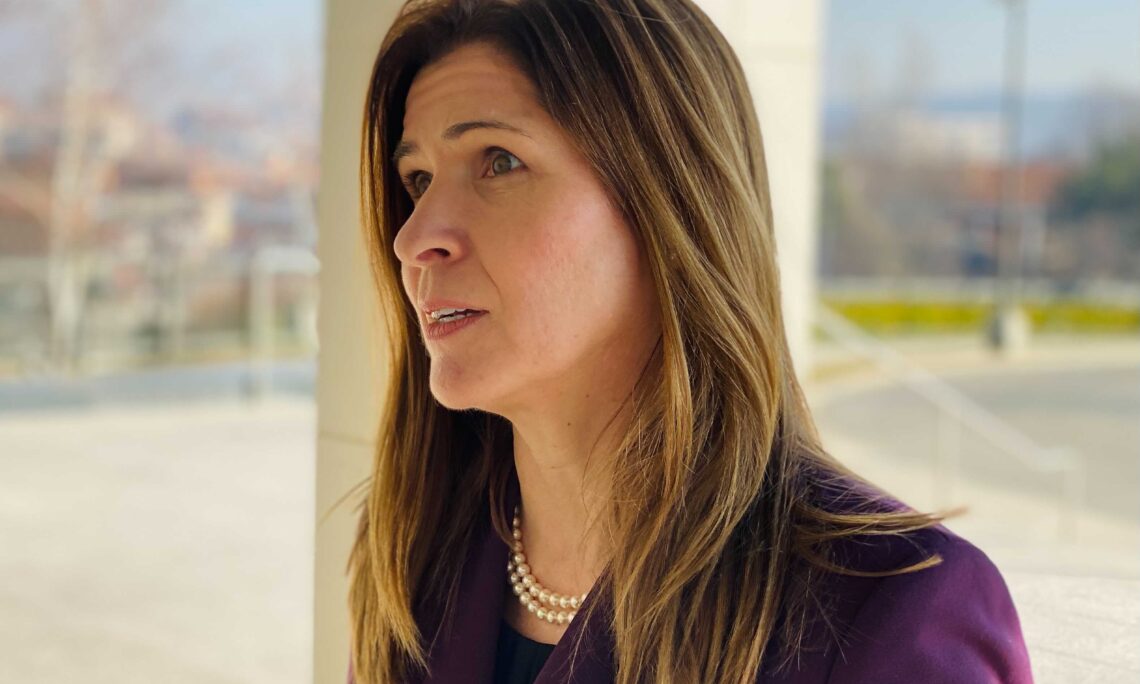 “Regional Security School:  External actors and their impact on the regional security and the integration process of the Western Balkans Region”

Thank you for the warm welcome.  I want to thank the Konrad Adenaur Stiftung Foundation as well as the Wilfried Martens Center for European Studies for inviting me to join today’s conversation.

At the end of March, U.S. Secretary of State Antony Blinken delivered his first speech at NATO Headquarters, which he titled “Reaffirming and Reimagining America’s Alliances.”  It was fitting that Secretary Blinken delivered this speech in Brussels, at the headquarters of NATO, the treaty alliance that has defended the security and freedom of Europe and North America for nearly 75 years, and which warmly welcomed North Macedonia as its 30th member last year.

As Secretary Blinken noted, Americans can disagree on many things, and the same could be said for citizens here in North Macedonia, but the value of alliances and partnerships is not one of them.  According to a recent poll, nine in ten Americans believe that maintaining our alliances is the most effective way to achieve our foreign policy goals.  Figures are similar here in North Macedonia when we look at public support for NATO and EU membership.

Why?  Well, when we look at the threats we face today, threats like climate change, the COVID-19 pandemic, disinformation which shakes trust in democratic values and principles, economic inequality, and an increasingly assertive China – we know that both the United States and North Macedonia are much better off tackling these threats together, and alongside other partners, rather than trying to counter these threats alone.

Today’s hybrid threats feed off vulnerabilities.  We have seen how Beijing and Moscow are increasingly using access to critical resources, markets, media, and technologies to threaten our security, pressure both our countries, and drive wedges between allies.  Tactics include the use of disinformation campaigns, weaponized corruption to fuel distrust in democracies, and cyberattacks that target critical infrastructure and steal intellectual property.

Just last week, a cyber-criminal gang launched a ransomware cyberattack impacting the Colonial Pipeline in the United States, which carries 2.5 million barrels a day – 45 percent of the East Coast’s supply of diesel, petrol, and jet fuel.  Gasoline prices then headed towards their highest level since 2014.

I want to return to vulnerabilities.  The greatest vulnerability facing our democracies is a lack of trust – trust in each other, in democratic institutions, and in the rule of law.

But as Secretary Blinken noted, citizens must not lose trust in democracy’s ability to fix these vulnerabilities.  That is what separates democracies from autocracies – our ability and willingness to openly confront our own shortcomings – not to pretend they don’t exist or to ignore them, but to exercise the political will necessary to fix them.  That’s how resilience is built, especially to hybrid threats.

What are some of the known vulnerabilities here?  We know that North Macedonia must do more to protect its critical infrastructure.  In signing an MOU on 5G security with the United States last year, North Macedonia took an important step to protect its telecommunications networks from serious surveillance risks, but now these commitments must be implemented – the hard work to define bylaws and revise legislative frameworks begins.  And at the same time, government ministries and public institutions remain highly susceptible to cyber-attacks.

Moreover, significant media reforms designed to improve independence have long been stalled, including of the public broadcaster.  Such reforms are critical to any strategy that seeks to counter disinformation and to build resilience in the face of future hybrid attacks, because if citizens have trust in the quality and credibility of the information they receive, backed by independent editorial policies, disinformation’s reach will not go far.

Corruption; non-competitive public tenders and procurements; a judicial system susceptible to political influence – these are vulnerabilities too.

Let me close by returning to the importance of Allies and alliances.  North Macedonia’s membership in NATO could not have come at a more critical time, as the Alliance has strategically prioritized countering hybrid warfare to strengthen our collective defense.  When one of us is coerced, we must respond, as Allies, share expertise, and work together to reduce our vulnerabilities.  This is exactly why NATO established counter hybrid support teams which provide tailored, targeted assistance to Allies. This is also why we think it’s critical North Macedonia begin EU accession talks immediately, to be stitched together within the EU family.  Whether it be by standing up for democratic values, strengthening economic ties and interlinking supply chains to shield against malign, corrupt, or cheap economic competitors, or protecting cyber networks, the EU will be stronger by integrating the Western Balkans and standing together to protect against hybrid threats.

I’m also mindful that as we focus on what our alliances defend against, we must also keep in mind what they stand for – for our democratic values.  As we work together to address weaknesses and vulnerabilities, keeping both in mind is how we build back better and become more resilient, more secure.