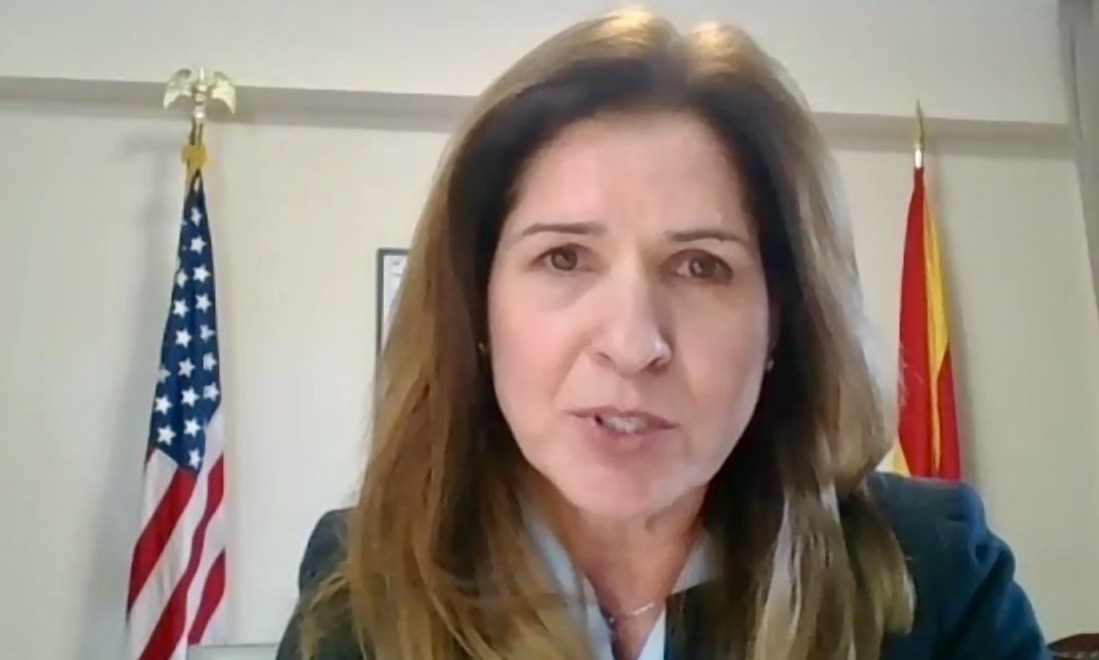 In 2020, the earth’s surface temperature was one of the warmest on record, and in the last few years, global temperatures have been consistently among the hottest ever seen.

This increase in surface temperature causes sea level rise, a decrease in arctic ice, and a growing number of weather-related catastrophes, including storms, floods and droughts.

Three years ago, scientists warned us that we had twelve years in which to make decisions to avoid the worst consequences of the climate crisis.

Now, we are down to nine years left. We are into the decisive decade for action, and the evidence of urgency is literally all around us.

In the United States, we spend billions of dollars each year just cleaning up after storms. Last year, one storm cost $55 billion dollars.

We have reached the point where it is an absolute fact that it is cheaper to invest in preventing damage or minimizing it than cleaning it up.

Importantly, we have the opportunity to, in fact, we must, come together to solve this global challenge.

Addressing the climate crisis is a team effort. We are working hard to lower our emissions and encouraging other countries to do the same.

We have rejoined the Paris Agreement, and we are developing our next Nationally Determined Contribution, or NDC, to put the U.S. on an irreversible path to net-zero emissions by 2050.

We are taking ambitious domestic action to address the climate crisis at home. But over 85 percent of global emissions come from beyond our borders, so we need everyone at the table.

North Macedonia is well on track to meet its first NDC it submitted to the United Nations in 2015, and your second submission, adopted just last week, is more ambitious and covers the whole economy.

The United States welcomes this increased ambition, and hopes to partner with both North Macedonia’s institutions, citizens, and the private sector, as well as our allies to push the boundaries on what we can accomplish.

The United States is placing climate change at the center of U.S. foreign policy, diplomacy, and national security, and we have encouraged countries around the world to do the same.

Tomorrow, several of the world’s leaders will join the Leaders Summit on Climate to discuss how they can increase the level of ambition ahead of COP26.

This is an opportunity for all countries across the world to reassess what is possible, to raise our collective ambition, and to commit to tackling this challenge together.

Thank you, and I look forward to this discussion.