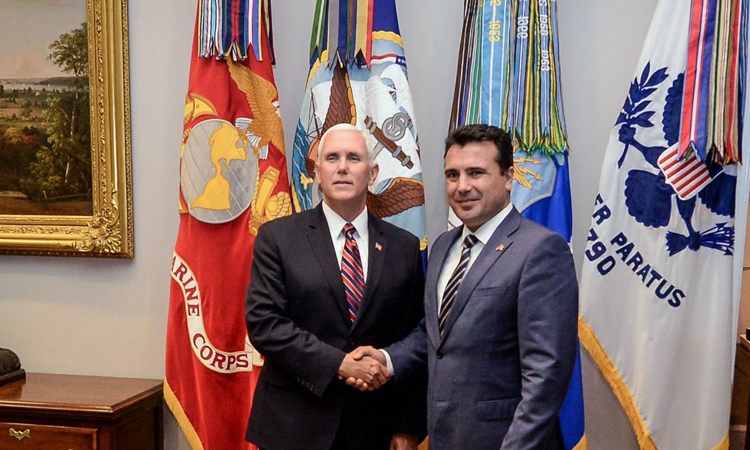 Vice President Mike Pence met today with Prime Minister Zoran Zaev of the Republic of Macedonia to congratulate him on the historic Prespa Agreement with Greece to resolve the long-standing name issue between the two countries and to thank him for his leadership in securing the agreement. The Vice President expressed his strong support for the Prespa Agreement, which, once implemented, will lead to greater security and prosperity for the entire region. The Vice President and the Prime Minister discussed the next steps in implementation of the agreement, including the upcoming September 30 referendum and the importance for all citizens to vote at this critical juncture for the country’s future. The Vice President expressed his support for the country as it moves forward to membership in NATO and the EU.