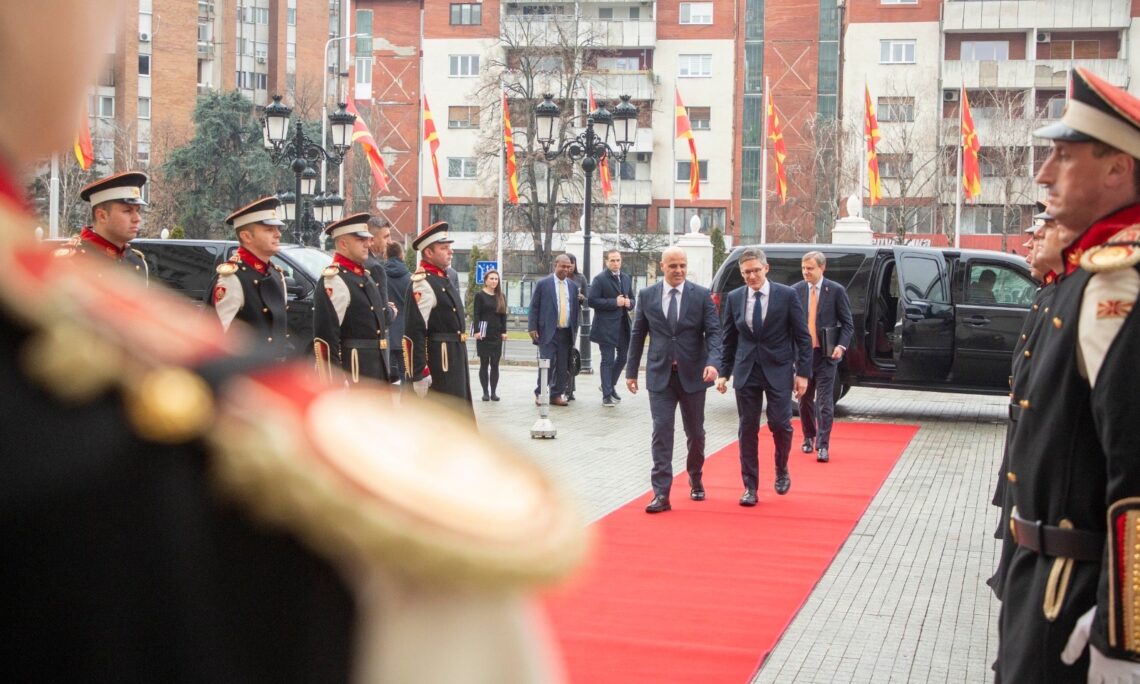 Counselor Chollet was in North Macedonia today to meet with key government leaders and reaffirm the strength of the U.S.-North Macedonia relationship.  He congratulated the government on North Macedonia’s OSCE chairpersonship and underscored the significance of the undertaking during a pivotal moment in European security.

“North Macedonia is a vital partner in the Western Balkans assuming an important leadership role in shaping the security and stability both in the region and throughout Europe, at an unprecedented time,” Counselor Chollet said.  “The path forward for North Macedonia, like that of the rest of Europe, requires hard work and sacrifice.  The United States is a partner in meeting those challenges.  We are grateful to North Macedonia for its steadfast support as a partner and trusted NATO Ally in challenging Russian aggression in Ukraine and assisting with relocation of Afghan evacuees.”

After meeting with Prime Minister Dimitar Kovachevski and other key ministers in the government of North Macedonia, Counselor Chollet departed for Kosovo.