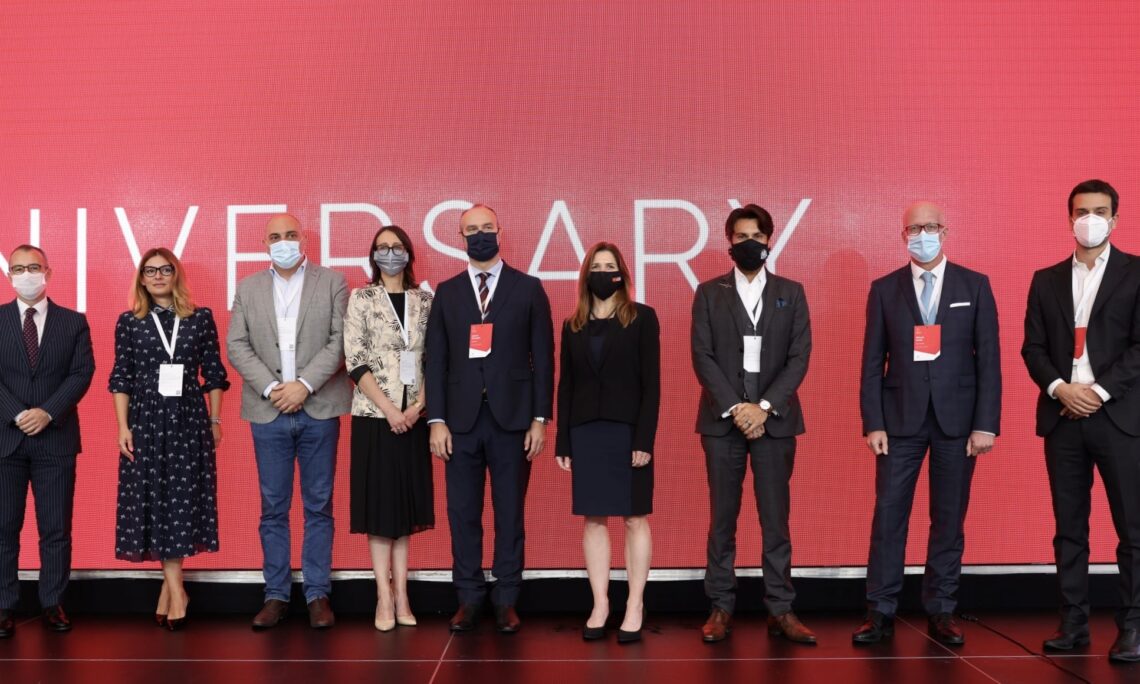 On October 6, 2020, the American Chamber of Commerce in North Macedonia organized its 20th Annual General Assembly in Skopje.

The U.S. Ambassador to North Macedonia, Kate Marie Byrnes, joined AmCham’s Board of directors, more than 70 representatives from member companies, as well as honored partners and supporters in attendingthe Assembly to mark the Chamber’s 20th Anniversary and to review AmCham’s 2020 achievements. The event included election of new members to the Board of Directors. The newly appointed Board members are Maja Filipceva-Director Tax of Grant Thornton, Nikola Ljushev- CEO of Makedonski Telekom, Lambro Patche- Public Affairs and Communications Manager of Pivara Skopje, JV of Coca-Cola HBC and HEINEKEN, Ivan Novakovski-Director of NOVA Intenational Schools and Jordan Dimitrovski-Owner and CEO of Aitonix.

The spotlight of the event was the panel discussion “20 Years Building Connections” with two respected panellists Mr. Kristijan Polenak, AmCham Founder/Ex-officio and Managing Partner of Law Firm Polenak, and Mr.Ljupco Georgiev, current President of AmCham and General Manager of Microsoft in North Macedonia. Sharing their insights in AmCham’s past, present and future, they portrayed two decades of remarkable history of events and accomplishments. AmCham expressed gratitude and recognition to everyone that paved the path forward by awarding the longest-standing member companies, the U.S. Embassy in North Macedonia, the founders of AmCham and AmCham’s Ex-Officio (Former AmCham Presidents).