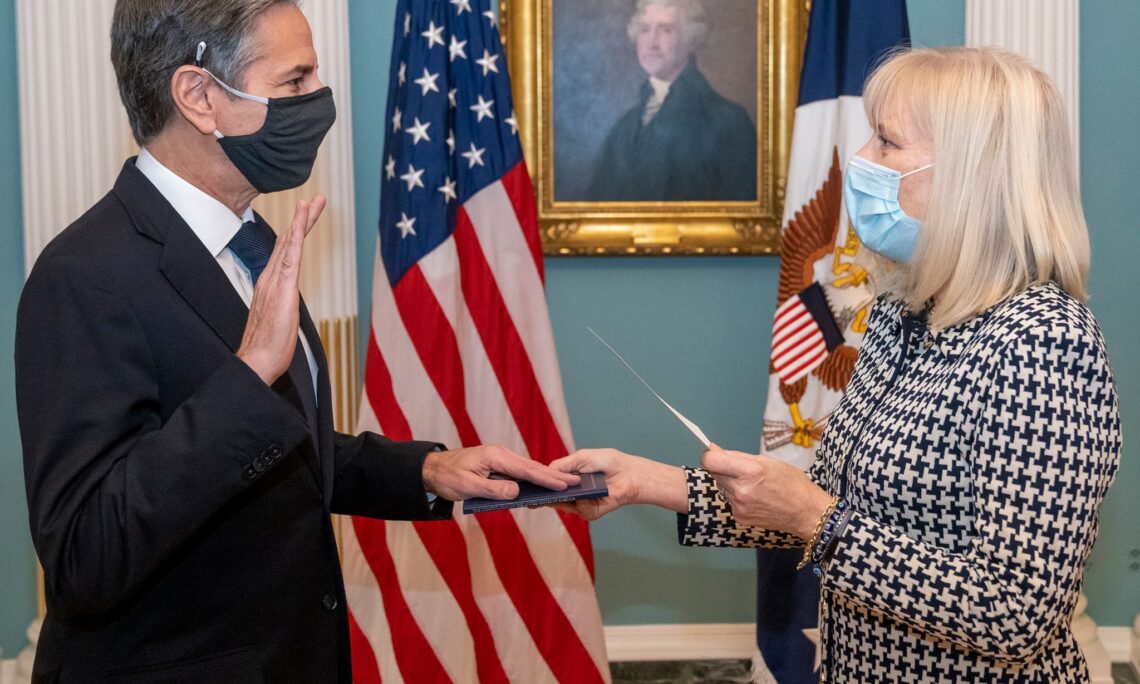 On January 26, the U.S. Senate confirmed Antony Blinken as secretary of state.

Blinken will lead the State Department, where he served during the Clinton and Obama administrations. His career in public service follows in the steps of his father and uncle, who served as U.S. ambassadors.

Blinken told a January 19 Senate hearing on his nomination to be the 71st U.S. secretary of state that he will work with international partners to tackle global challenges such as the COVID-19 pandemic. He also hailed the United States’ ability to mobilize others for the greater good.

“For all that has changed, some things remain constant. American leadership still matters,” Blinken testified. But he added, “Not one of the big challenges we face can be met by one country acting alone — even one as powerful as the U.S.”

A graduate of Harvard University and Columbia Law School, Blinken joined the State Department in 1993. He later took posts in the Clinton White House and on the staff of the U.S. Senate Foreign Relations Committee, where he worked closely with Biden, then a senator from Delaware.