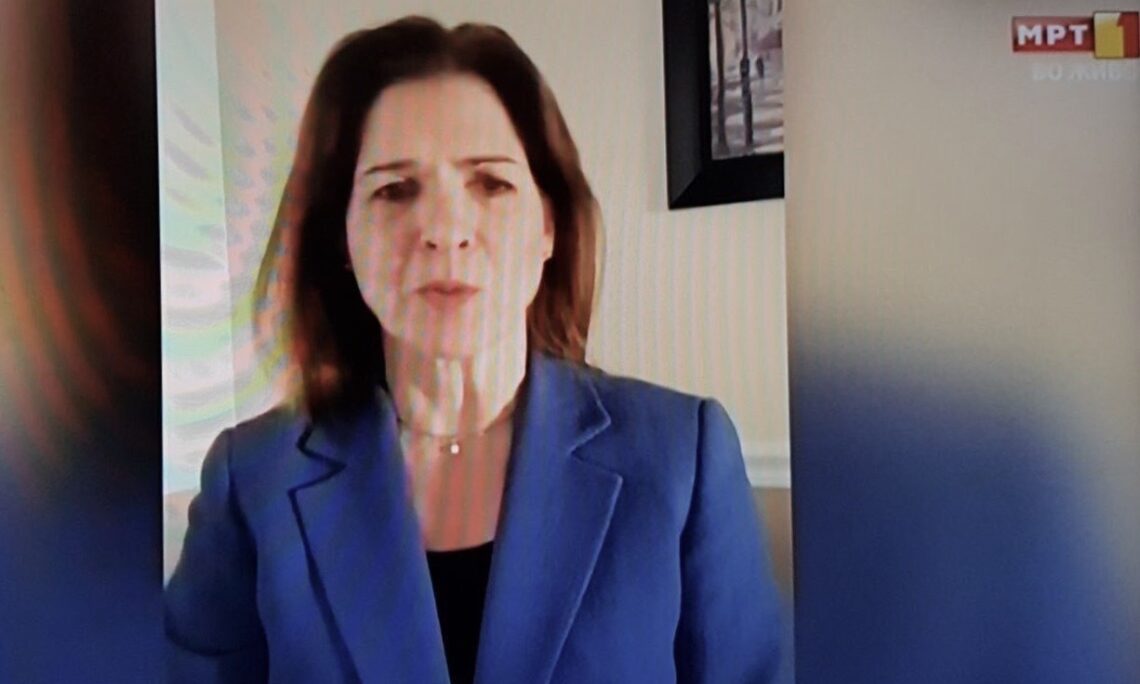 It is a pleasure to be able to address this gathering, and particularly to speak about youth, an issue that is very important to me and is a priority area for our Embassy.

All over the country there are there are future leaders, future entrepreneurs, future innovators who hold the keys to unlock the full potential of this country. I strongly believe that, if given the space, the resources, and the opportunity, they can help turn North Macedonia into a 21st century European leader in IT, sustainable energy, trade….But today, such an outcome is far from certain because too many young people are leaving the country. This is a serious threat to the entire region.  How all stakeholders in this country address this situation will determine your future stability and prosperity, and it is absolutely critical to get it right, and to start now.

I saw a poll the other day done in Skopje that asked youth why they had decided to migrate from North Macedonia.  I think most of us would have expected the economic situation and the lack of jobs would top the list of reasons, but these were number two and number three, respectively.

The number one reason was the “unfavorable political climate”—where political parties cannot work together, the situation is completely polarized, and it can be hard to get a job even at a local level—teacher, doctor, certainly anything dealing with any level of government—if you don’t belong to the party in power, or have the right connections.

The fact that the negative political climate figured so strongly in the decision to leave may strike some as surprising.  But it shouldn’t. The youth growing up today are far from ambivalent about the world they live in.  I have spoken to young people all around the country, and what constantly stands out to me is their desire to contribute, to do something more for their country, and their frustration over the lack of opportunities to do so.  This is a smart generation growing up now, one that has genuine concerns about issues ranging from climate change to migration.  And of course, they are also trying to live their lives in the time of COVID-19.

When they see political divisions obstructing progress on important issues and key reforms, they notice.  When they have grown up seeing their parents having to pay “tips” to get bumped up in line for a medical appointment, they notice. And when they see people driving around town in fancy cars that couldn’t possibly match their declared incomes, trust me, they notice.

The greatest consequence of the political infighting, the failure to find common ground on basic steps to move the country forward, the continued corruption, both large scale impeding and the weaknesses of rule of law is the loss of your youth to other countries. There is just no easy way to say it, and I am being so blunt because I think it is essential that everyone appreciate the urgency of the situation.

I started out my remarks by stressing the need for all stakeholders to be engaged.  That means not just the government getting policies right.  It means all political parties setting the right examples by ensuring they are transparent and actively fighting corruption within their ranks, by being accessible to the voters and hearing their concerns.

It means getting education right, and ensuring that the skills that are being taught are the ones that are needed.  It means getting the business community fully engaged, setting an example with the workplaces you run, ensuring merit based employment and promotion, while energizing the economy and creating jobs and business opportunities.

Over the last couple of months, I have spoken with representatives of many diaspora groups in the United States, including Macedonia2025.  Who better to help the government understand the roadblocks to starting new companies?

In October I visited a U.S. company running call centers in Skopje, Ohrid, and Debar and employing young, tech-savvy workers.  Who better to advise the government on the laws needed to create a vibrant, modern digital economy that today’s youth want to be a part of?

Throughout this pandemic I have met with several startups and incubators.  Who better to talk about the kinds of companies the country’s youth want to create?

Earlier this year, pre-COVID, when we were actually still gathering in-person, I was participating in an event for young people from North Macedonia and Greece to discuss what they were doing to build ties between their two countries. They were an impressive, outspoken, and courageous lot, wanting to look forward and not dwell in the past.

I advised them not to let the constraints of yesterday define their tomorrow. My message to you today is a corollary to this, which I would address to every part of society–from government and business leaders to bureaucrats, professionals, and civil society: it will take all of you, all of us, focusing with a laser-like intensity, to help repair, refresh, and build up the foundations of this country for the coming generations.  So I would ask you, please do not allow the bad practices of today to limit your youth’s tomorrows.

We see so much promise in this country’s future because of these talented young people. We are investing in them and we encourage you to do the same because they will deliver a brighter and better future for all.