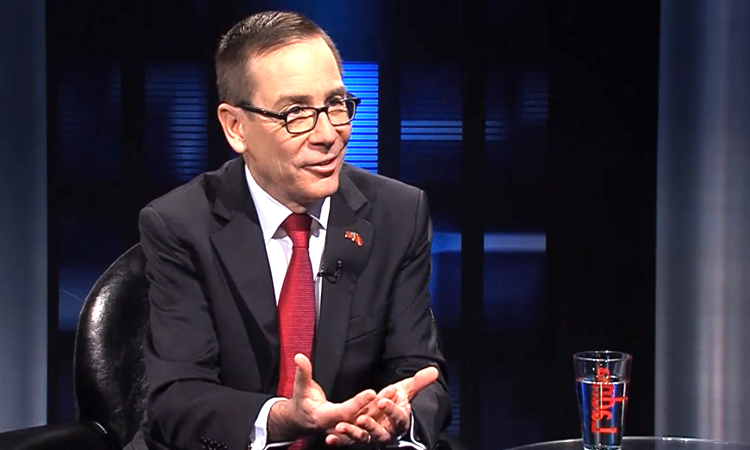 Q: [unintelligible about the referendum]

Ambassador Baily:  As you know, the United States put out a statement last night where we welcomed the result of the consultative referendum in which a strong number of citizens came out in support of Macedonia’s path forward to NATO and the EU by accepting the Prespa Agreement.  We think this agreement, which we have strongly supported in the past, opens the way to Macedonia’s future in NATO and the EU and that’s something that is of benefit to this country, the citizens of this country, but also the region, its prosperity, stability and security.  So now, the next step in the implementation of this agreement is to go to the Parliament, and in that context we would hope that the leaders and Members of Parliament put aside partisan differences and consider the broader interests of this country and to seize this historic moment that can help secure Macedonia’s future within the family of Western institutions, something which the people of this country have sought virtually since independence in 1991.

Q: The turnout was lowest in the election process in Macedonia.  Do you think this turnout is relevant to speak of all the citizens?

Ambassador Baily:  Looking at the turnout, what is important is that you have 606,000 voters who came out in support of the Agreement.  There was a number of voters who did not turn out.  Some obviously boycotted, some maybe are not in the country, some maybe don’t vote.  If you look at the average number of voters in a parliamentary election let’s say, in Macedonia over the last 20 years, it is average 1.1 – 1.2 million people.  So, 600,000 voters is a majority of that, and I think it’s a considerable number and  a voice that the political leaders will have to take into consideration as they move forward in the next steps of this agreement.

Q:  How could the possibility of early elections that the Prime Minister mentioned yesterday affect the implementation of the Prespa Agreement?

Ambassador Baily:  What I would say is three things: right now, we are focused on the implementation of the Prespa Agreememnt and I’ve given you the United States’ view on that.  With regard to elections that’s up to the Parliament, to the political leaders of this country to decide, and I think the Greek Government yesterday issued a statement on its evaluation of the referendum here and would just let the Greek Government comment for itself.