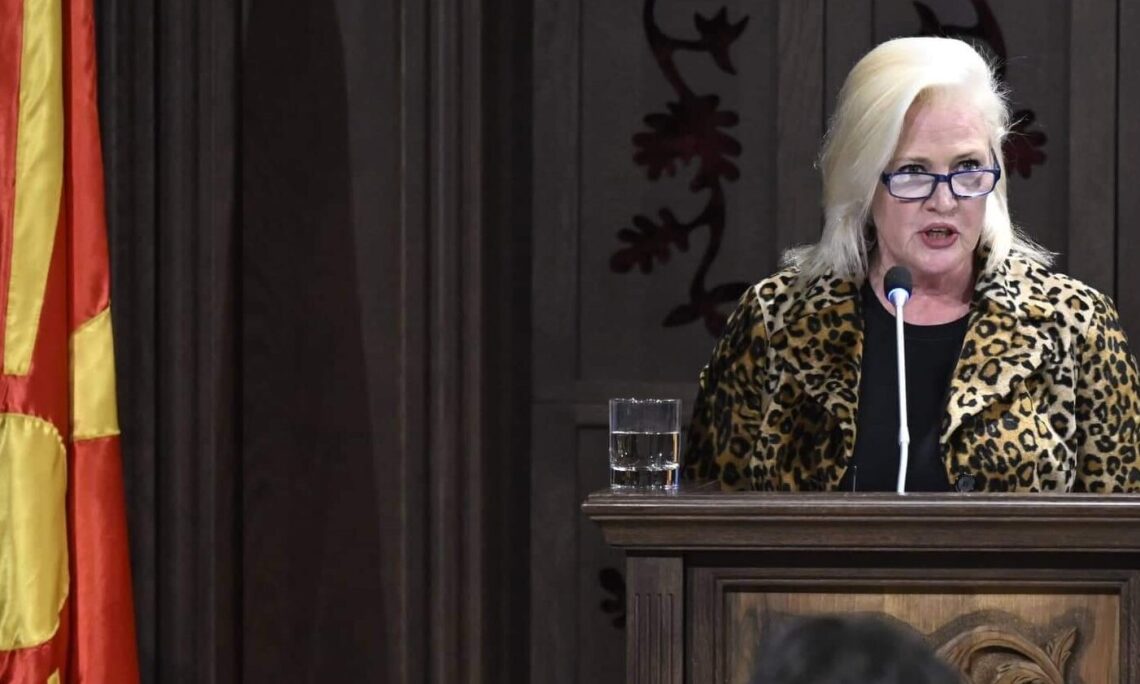 I’m glad to be here with you and glad to be back in North Macedonia, a place I know and love.

In the past 20 years, the State Commission for the Prevention of Corruption has grown in autonomy, visibility, resources, and effectiveness in fighting corruption.  The Commission has an important independent voice in countering the scourge that is systemic corruption.  Through its work, it can be instrumental in changing behaviors, expectations, and the toll this cancer on the people, the society, the economy of this country.

North Macedonia is a strategic partner of the United States.  It is our ally – NATO’s newest ally.  And it is also our friend.  As with any friendship, this one is multifaceted.

Friendship is not only about agreement and telling a friend what they want to hear. Friendship means counsel, it means guidance, and it means honesty when needed.

It is appropriate that this evening’s event is taking place here, in the Museum of the Macedonian Struggle, to discuss this particular and very real struggle.  Corruption in whatever form – nepotism, patronage, undue political influence, favoritism in employment or contracts, etc – holds this country back from the economic, social, educational, and structural success we know it can and should continue to achieve.

We have seen SCPC’s initiatives to open criminal cases against public officials for corrupt acts.  We hear what’s happening behind the scenes to manipulate appointments to key positions.  We read about lucrative tenders going to companies with political or personal ties.  So let’s pledge now – the public, politicians, government officials – to call out corruption and hold corrupt actors accountable.  Impunity must end.

North Macedonia is a success story.  Since your independence 31 years ago, you’ve joined NATO; you’re on your path to the European Union; and you’ve built a stable, multiethnic society in the Western Balkans.  Yet still today, corruption is hindering North Macedonia’s progress and it is threatening its greatest natural asset – the youth of this country.

One recent poll showed that corruption is the top reason young people want to leave North Macedonia – a message I have heard in conversations I have had since I returned here 9 days ago.  Young people here need and deserve a country where success is based on talent and hard work, not on politics or who you know.

Changing this trajectory will require a shift in culture, nowhere more critical or more apparent than a change in political culture and political will. They must champion a system that is transparent from start to finish and that builds a long-term environment of good governance that will persist no matter who is in power.

It has been rightfully said that I will make fighting corruption in this country a priority for the U.S. Embassy in Skopje.  That is true.  But what is also true and most important is that you – the people of this country – must lead that fight.  The United States will be here to support every effort, but this must be your choice.  And I am confident that, together, we can make fundamental changes to address the cancer of corruption.

Congratulations, честитки, again to the State Commission for the Prevention of Corruption for 20 years of valuable work.  I commend your efforts, I thank you for inviting me to join you, and I look forward to our continued efforts together.  Ви благодарам, faleminderit, thank you.